From January 2018 till December 2019, IPIS and its partner CEGEMI (Catholic University of Bukavu) carried out a capacity enhancement project in the gold mining sector in Eastern Congo, financed by the European Partnership for Responsible Minerals (EPRM). The project was composed of two complementary parts: 1) a mining cooperative capacity enhancement component, and 2) a mining incident reporting and follow-up component.

CEGEMI supervised this part of the project and developed a series of six training courses for members of mining cooperatives, covering the topics ‘cooperative principles and law’, ‘administrative and financial management’, ‘due diligence, minerals trade and taxation’, ‘technical prospection and extraction methods’, ‘environmental protection’ and ‘gender equality’. CEGEMI selected seven cooperatives in three different mining zones in the province of South Kivu: Luntukulu (in the territory of Walungu), Misela (in the territory of Misela) and Nyawaronga (in the territory of Kalehe). In total, CEGEMI organized 18 training sessions with about 30 participants per session. The training sessions were conducted in a participative format, combining theoretical and practical sessions, mixing presentations and exercises.

From the 1st of February until the 30th of November 2019, CEGEMI started a program of follow-up visits (‘Inspections’) to the three aforementioned mining areas, in order to assess to what extent insights and lessons learnt were implemented in the everyday practice of cooperatives. Inspections revealed that the immediate impact of the trainings in terms of actual changes was rather limited, although some improvements could be observed. Most cooperatives continue working as before, which means in an inefficient and often insufficiently transparent way, especially with regard to financial and administrative management. Lack of financial resources was identified as one of the reasons why cooperatives were not able to implement major changes (e.g. hiring qualified finance staff, procurement of protective equipment, upgrading production processes, etc).

IPIS developed in collaboration with the Canadian social tech company Ulula, a new incident reporting and monitoring system for gold supply chains in Eastern DRC. The mobile phone-based system is called “Kufatilia”, and has been deployed in the provinces South Kivu, North Kivu and Ituri. The system is composed of two components: 1) an automatic sms-incident survey that is received upon sending the word ‘kufatilia’ to a local telephone line, and 2) a login-protected web-platform used to monitor and follow up on reported incidents. Members of local mining communities can use the system to report anonymously a mining-related incident. Local partner CSOs, well-trained on the system, are actively involved in the follow-up and resolution of reported incidents related to the Annex II of the OECD Due Diligence Guidelines for Responsible Supply Chains. From November 2018 until December 2019, about 500 incidents were reported on the web-platform. Almost 75% of these incident reports were related to mine accidents, violence and child labour. Partner CSOs contributed to the successful resolution of about 30% of the reported incidents, by contacting local authorities, mining state services, police or army, and asking to take appropriate action. 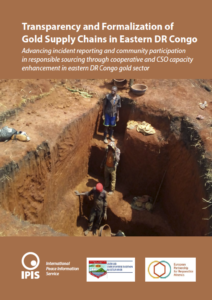 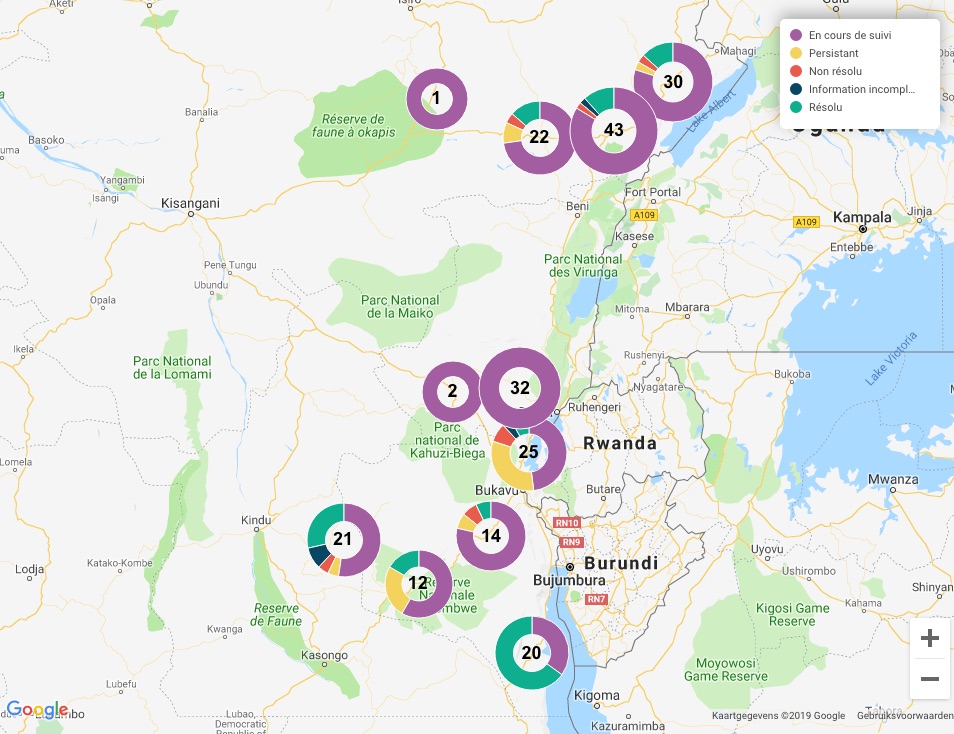