Opinion on the Legality of Arms Transfers to Saudi Arabia, The United Arab Emirates and other members of the coalition militarily involved in Yemen 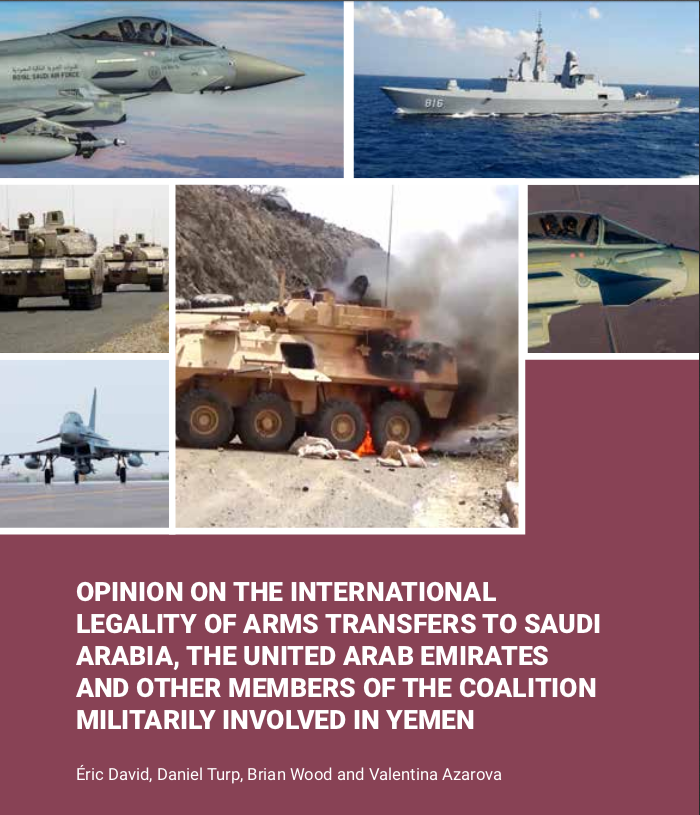 Home » Publications » analysis » Opinion on the Legality of Arms Transfers to Saudi Arabia, The United Arab Emirates and other members of the coalition militarily involved in Yemen

This opinion addresses the legality under international law of the transfer of conventional arms and related equipment to the parties currently engaged in the conflict in Yemen. The opinion does not assess the legality of the export, import or sale of arms to those parties in the light of the domestic law of each supplying State, nor does it consider in detail the obligations of non-state armed groups or of corporate actors in their roles as suppliers and users of arms. The focus here is on the international legal obligations of the parties to the conflict in Yemen and of third States which supply their arms. Set out below are the main international norms relevant to arms transfer decisions which are necessary for the protection of the civilian population in Yemen and the civilian infrastructure indispensable to its survival.

States that transfer arms to other countries are subject to international legal accountability. They have a duty to withhold such arms transfers when it is reasonably foreseeable the recipients will use the arms for serious violations of international law, or divert them to such end users. This legal opinions explains how those States supplying arms to the parties to the conflict in Yemen bear an enormous responsibility for the large numbers of civilians that have incurred serious injury and loss, including of their homes, resulting in mass internal and external displacement. Civilian infrastructure essential to the survival of the population has been destroyed or seriously damaged in armed attacks, and access to humanitarian aid continues to be impeded by armed forces and militias. According to the United Nations millions are suffering from what it has said is ‘the world’s worst humanitarian crisis’.

This legal opinions sheds a light on the conflict in Yemen and Arms Transfers to its partners, the Saudi UAE coalition’s serious violations of International Humanitarian Law and Human Rights law. It further explains the International legal obligations of arms supplying States under International Law on State Responsibility and under the Arms Trade Treaty (ATT) and the violations of international law by the parties to the Yemen conflict.