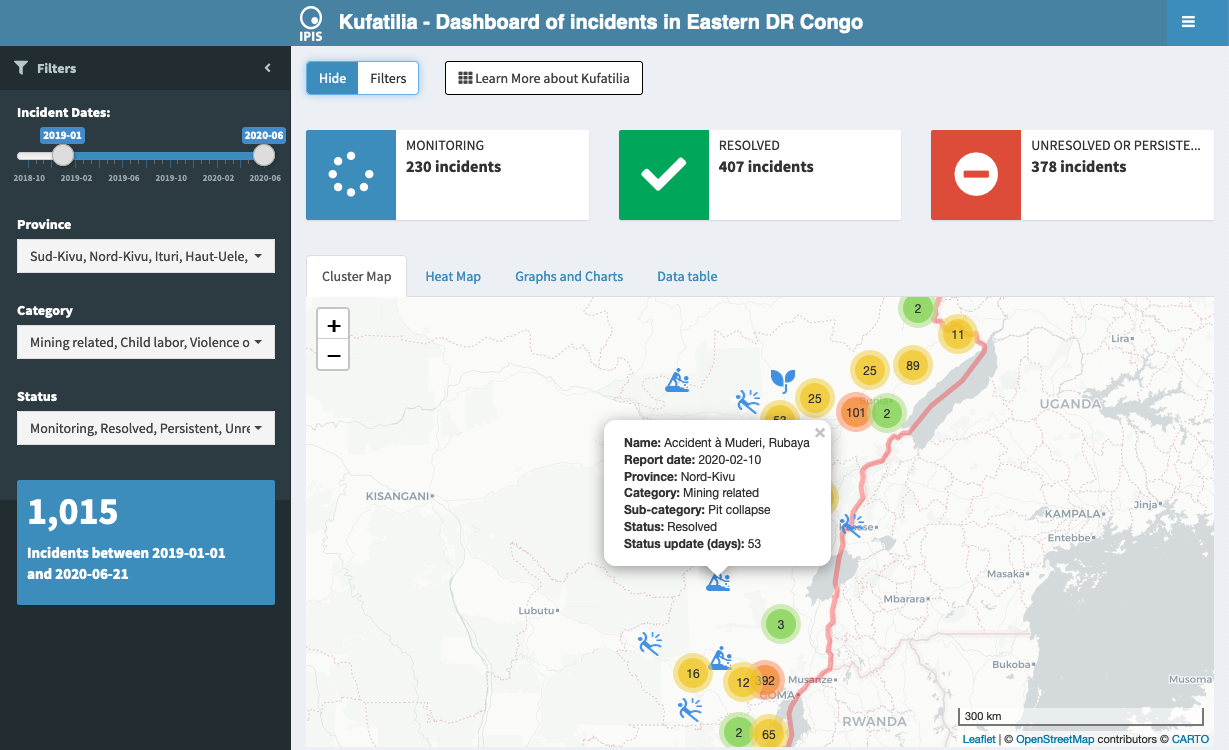 The Kufatilia platform (“to track” in Swahili) is an SMS based incident reporting and follow-up mechanism that has been launched in 2019 to increase transparency of minerals supply chains in Eastern DRC.

Developed by IPIS in partnership with the Centre for Expertise on Mining Governance (CEGEMI) based in Bukavu, and powered by Ulula, Kufatilia is a tool for Congolese civil society organisations to report and monitor incidents in Eastern DRC in a transparent, independent and participatory way.

To allow local authorities and other stakeholders to visualize confirmed incidents and their status regarding follow-up by partner organisations, IPIS has developed a public interactive dashboard.

On this dashboard, people can monitor the evolution of the number of incidents reported through Kufatilia as well as different indicators such as their status (under monitoring, resolves, unresolved or persistent), their localisation, and their category. 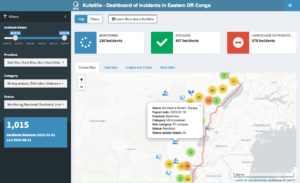 This dashboard provides a detailed analysis of incidents reported through Kufatilia and was developed with the support of the European Union.

The Kufatilia platform was developed with support from the European Partnership for Responsible Minerals (EPRM).