In 2013 the Central African Republic entered a period of great instability. The predominantly Muslim rebel coalition, Seleka, seized power. A group of mostly Christian militias, the Anti-balaka, rose up to counter the Seleka. Years of atrocities, horrors and fighting followed. In 2016 a democratic election was held, a sign of hope for the people of the CAR. However, dissolved fractions of the Seleka and the Anti-balaka have continued the fighting, of which civilians bare the burden. The month May 2017 has been one of the most violent months since the outbreak of the conflict in 2013.

This map created by IPIS aims to present in a clear way the towns, villages and roads in the greatest detail of the country in order to help organisations and researchers visualise where the events take place. IPIS will publish its updated interactive webmap by the end of 2017, that will visualize the incidents that took place since the outbreak of the conflict.

Donwload the map in full resolution 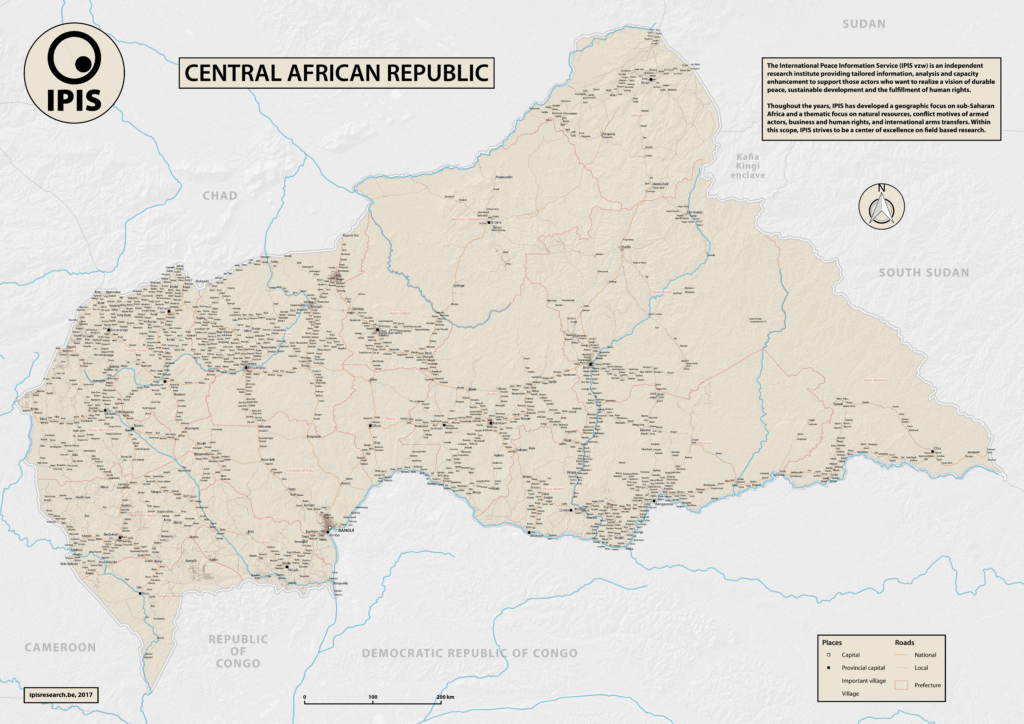