A fault confessed is half redressed: Glencore pleads guilty

On the 24th May 2022, the Justice Department of the United States announced that Glencore pleaded guilty for foreign briberies and Market Manipulation Schemes in violation of the Foreign Corrupt Practices Act and had accepted a USD 1.1 billion settlement. The same day, Glencore Energy UK Limited also made public that it would plead guilty in the investigation held by the British Serious Fraud Office (SFO) in regard of bribery and corruption in relation to the company’s oil operations in Cameroon, Equatorial Guinea, Ivory Coast, Nigeria and South Sudan. Sentencing in the U.K. is scheduled for 2nd and 3rd November 2022.

Interestingly, Glencore’s admission of corruption in the Democratic Republic of Congo (DRC) to the US Department of Justice only concerns small cases. In the first case, Glencore admitted bribing government auditors through third parties for advantageous tax impositions. In the second case, Glencore corrupted a judge, through third parties, to ensure a positive ruling in a litigation case with a medical service company that could have cost more than USD 16 million to Glencore. In total, the US Department of Justice estimated that “Glencore and its affiliated companies obtained at least USD 43 million in benefit related to their mining operations from the corrupt resolutions with the DRC government and its agencies”.

A serious criminal case against Glencore in relation to the acquisition of cobalt and copper mining industries in DRC, with the support of the businessman Dan Gertler, is still pending.  The case is explained in-depth by the law firm Hagens, Berman Sobo Shabiro LLP. In brief, Glencore loaned USD 150 million, convertible to common shares, to Katanga Mining Limited, and in return, Aristotelis Mistakidis, a Glencore co-director, was installed on the Katanga Mining board in February 2008.

Katanga Mining Limited and DRC-state run company Gécamines had a Joint Venture Agreement (JVA) to mine the mineral reserves in Kamoto under the Kamoto Copper Company (KCC). In June 2008, Dan Gertler, mandated by the board of Katanga Mining Limited, and Augustin Katumba Mwanke, representing the DRC state, agreed to sign a Memorandum of Understanding (MoU) to amend the JVA. This new MoU included a USD 585 million “signing bonus” to be paid to Gécamines.

When Gécamines (so the DRC state) in October 2008 demanded the payment of this bonus, the board of Katanga Mining Limited convened a meeting to mandate, once again, Dan Gertler for new negotiations with Gécamines. These new negotiations took place in December 2008, and resulted in Dan Gertler convincing Gécamines, still represented by Katumba, to accept USD 140 million instead of the initial USD 585 million as agreed in the original MoU.

It is unknown, and hence suspicious, why Katumba accepted this reduction of USD 445 million. Central to the allegations that Glencore obtained, by corrupt means, favourable JVA terms and the massive signing bonus discount from DRC officials, is an undisclosed USD 45 million loan in January 2009 from Glencore to Lora Enterprises (“Lora”), a company owned by Gertler. This loan was allegedly used to buy new shares in Katanga Mining Limited issued by Glencore without the agreement of the other investors. Consequently, Glencore and Gertler, thanks to the money of Glencore, diluted all the other minority investors of Katanga Mining Limited.

As Glencore has admitted ‘smaller’ corrupt practices in DRC, the justified suspicions of major fraud practices in the copper-cobalt mining industry should raise concerns for all stakeholders involved in the sector. Will Glencore’s membership tarnish initiatives such as the Fair Cobalt Initiatives or the Cobalt Institute? Glencore represents 25 to 30% of the global cobalt production, therefore, it is arguable that initiatives focusing on responsible cobalt mining cannot leave such an important actor out of the game.

IPIS has previously pointed out in March 2020 and in July 2021 that international attention was too much focussed on child labour and not enough on corruption. These initiatives will prove to be useful by convincing its members to make public their contracts with producing countries. This is not revolutionary: in some countries, such as the DRC and the Central African Republic, the law already obliges the government to publish the contracts signed in relation to natural resource extraction.

Glencore is also under investigation in Switzerland and the Netherlands. The Swiss and the Dutch Justice departments have made no public announcement on their on-going investigation against Glencore, but it is likely that the suspicious discounts mentioned above, and the relation of Glencore with Dan Gertler will be at the core of these investigations.

More than ever, the fight against corruption and bribes should be at the core of Corporate Social Responsibilities (CSR) policies. Financing schools, hospitals, gender equality programmes or prohibiting child labour is obviously important. But replacing the state in its competence is not CSR. CSR-policies should ensure the company pays the producing country what is rightfully due, and it is up to governments to develop their capacities in health, education, etc.

For example, the USD 445 million that the Congolese state lost after the suspicious deal between Gertler and Katumba equals the entire budget of the education sector of DRC, in 2010, or 10% of its entire budget. It is also striking to note that the countries where the corruption took place will not receive a penny of the USD 1.1 billion fine while they were the primary victims.

Yes, it is undeniable that many of the producing countries, such as the DRC, have a poor track record regarding good governance and the fight against corruption. But it takes two to tango. Glencore admitted malpractices in 7 countries, so the company seems to be more a cause of corruption than a victim.

It is also worth to notice the double standard that is applied when it comes to corruption by the authorities of a (failed) state compared to a multinational. When the Dodd-Frank Act was passed, which mandated all companies to disclose if they used “conflict minerals” (e.g. tin, tungsten, tantalum and gold) from the Great Lakes region, the big producers announced the implementation of “Congo conflict-free” policies. But the admission of guilt by Glencore for corruption has not urged any refinery, precursor, cathode, battery cell or electric car manufacturer to introduce “Glencore-free” supply-chain policies. Yet, the vast majority claim loud and clear that corrupt suppliers do not have a place in their supply chain. The Tesla Supplier Code of Conduct, for example, stipulates “suppliers shall have a zero-tolerance policy to prohibit any and all forms of bribery, corruption, extortion and embezzlement”.

In a press release published on the 24th May 2022, the Chairman of Glencore commented that “Glencore today is not the company it was when unacceptable practices behind this misconduct occurred”. To which the CEO of Glencore added that “we (Glencore) have taken significant action toward building and implementing a world-class Ethics and Compliance Programme to ensure that our core controls are entrenched and effective in every corner of our business”. The share market seems to have accepted Glencore’s penance: the same day Glencore admitted its fault, the Glencore stock rose 5.3%. Faute avouée, à moitié pardonnée (A fault confessed is half redressed). 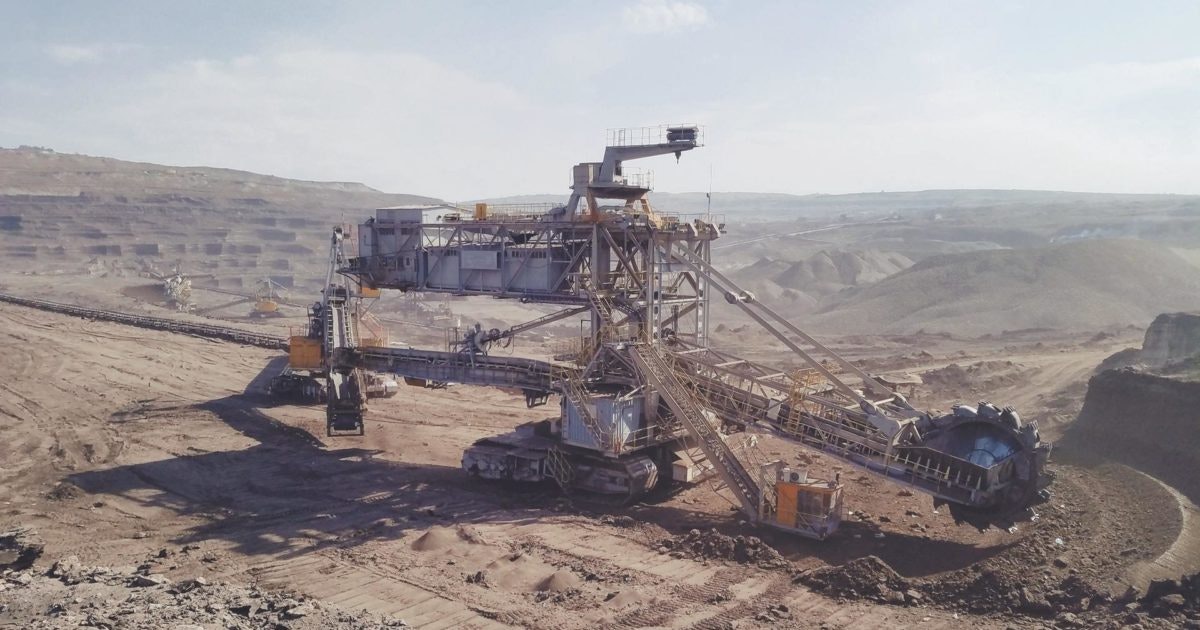 Transparency International | Accountable mining
Transparency International is the global civil society organisation leading the fight against corruption.
Mining | Glencore publishes first Ethics and Compliance Report | 7 April 2022
Mining giant Glencore publishes its first Ethics and Compliance Report as it aims to enhance its reputation for integrity and responsibility.
Its three key strategic responsibilities cover production and supply; portfolio management; and product use, and it will prioritise investment in metals that support the decarbonisation of energy usage.

Corruption Watch | Improving transparency and accountability in the flow of benefits to mining communities.
This report seeks to investigate and propose mechanisms that can be used to improve the flow of benefits to mining-affected communities. It seeks to find ways to address the problem identified by Corruption Watch, which is that those most affected by mining activity continue to live in poverty and hardship without having benefited from mining operations in their areas.
International Council on Mining and Metals | ICMM Response to Responsible Mining Foundation’s recently released assessment of ICMM member companies | 14 May 2022
Responsible Mining Foundation (RMF) recently released a report claiming to be an assessment of ICMM members’ implementation of the ICMM Performance Expectations for those ICMM members included in the Responsible Mining Index Report 2022. ICMM acknowledges the constructive intent of the exercise – to hold companies accountable to the commitments they make. However, the approach contains several fundamental flaws that devalue its findings, including: … 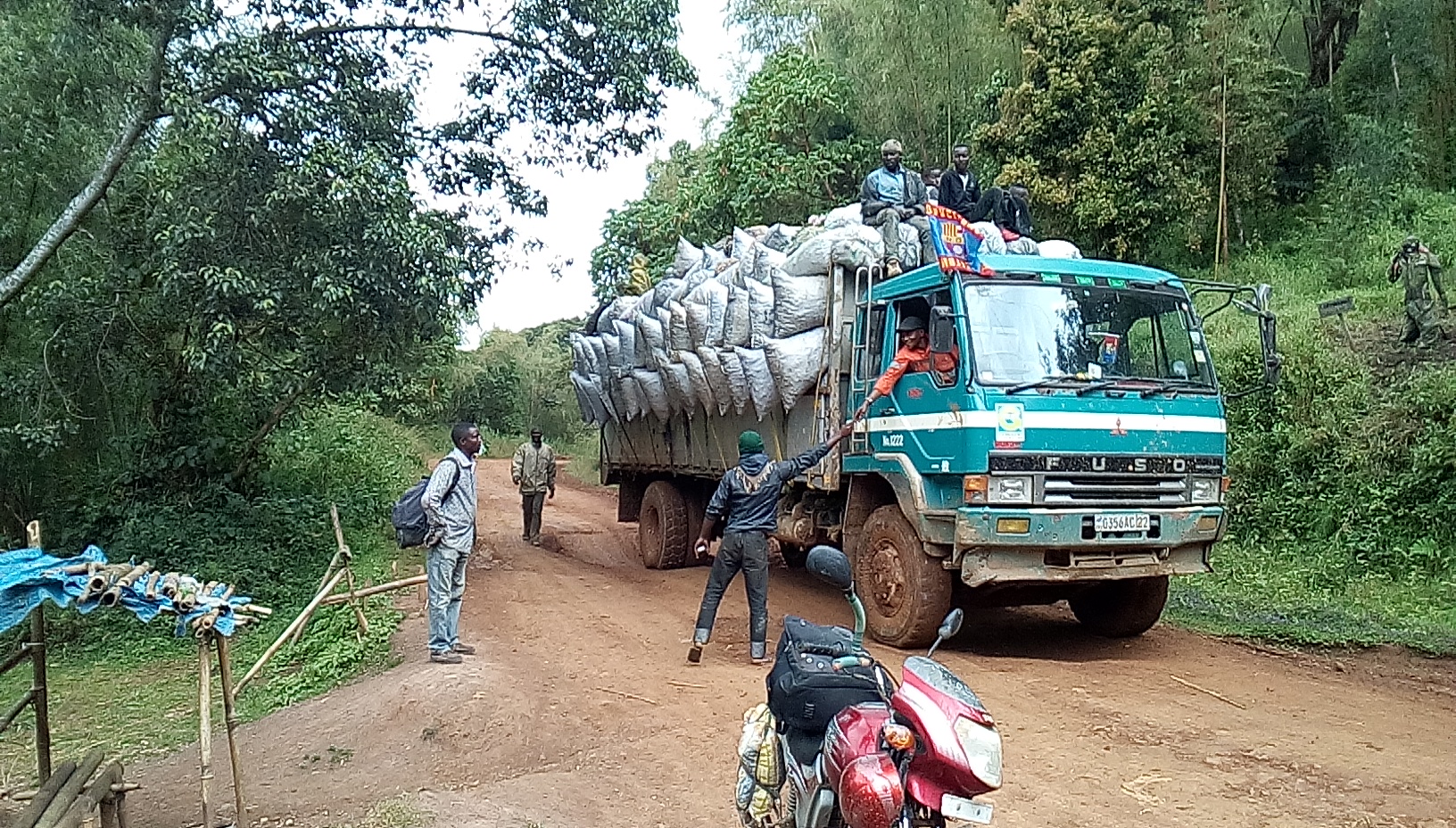 IPIS | Cobalt: Concerns over child labour in artisanal mining should not overshadow the corruption in large-scale mining | March 2020
Obviously, child labour is a serious problem that needs to be tackled. However, by consistently associating artisanal mining practices with child labour and horrific working conditions, it enforces the idea that the supply chain would be cleaner if it was entirely controlled by the LSM sector. This reasoning is not only incorrect, but it also: a) deflects attention from the massive corruption and the environmental damage wreaked by large scale cobalt companies, b) exacerbates working conditions of the cobalt artisanal miners, and c) impoverishes communities that depend on ASM activities.
Forbes | Marc Rich, Famous Fugitive & Alleged Tax Evader Pardoned By President Clinton, Dies | 27 June 2013.
Marc Rich, one of the most famous white collar criminals in recent memory, has died in Switzerland at age 78, as the result of a stroke. Rich became a millionaire before he turned 50 – but not without controversy. By the time he turned 30, he was trading crude oil at sky high prices. He made other lucrative investments, including a share of the 20th Century Fox studio which he sold to Rupert Murdoch for $250 million.