“Today a man was killed in a pit collapse in an artisanal mining site near Numbi.” 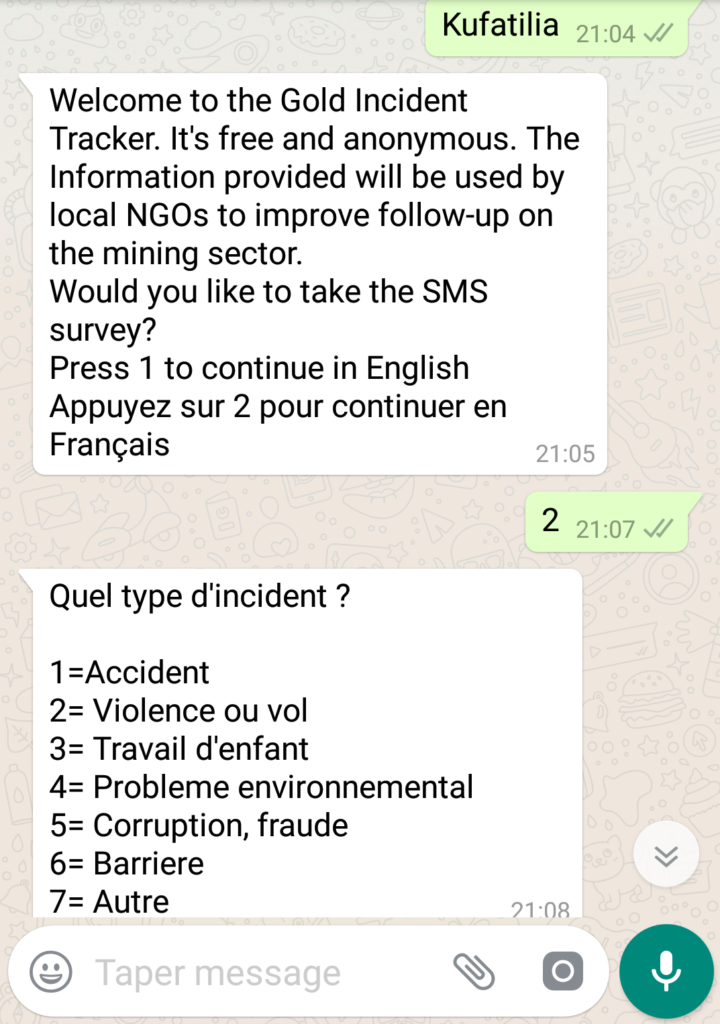 Since a few weeks, incidents linked to the production, transport and selling of minerals in South-Kivu and Ituri can be reported in a simple, free and anonymous way.  IPIS, in partnership with the Centre d’expertise en Gestion Minière (CEGEMI), launched a new incident monitoring Mechanism for gold supply chains in Eastern DR Congo. Local CSOs can now collect reliable data on incidents linked to Annex II of the OECD due diligence guidelines for responsible supply chains.

Anyone who witnessed an incident can now report it to local CSOs by sending “kufatilia” (‘to report’ in Swahili) to 0850291251 from a Congolese line. The system will automatically generate an incident questionnaire that the informant can fill in anonymously in Swahili, French or English.

18 partner organizations, all involved  in the mining sector for many years, have been trained in the use of “Kufatilia”.  These organizations have also been granted access to an online-platform (powered by a Canadian company called Ulula) that host the database of incidents. This way, they can work together to verify, monitor and follow-up reported incidents in a transparent, independent and participative way. 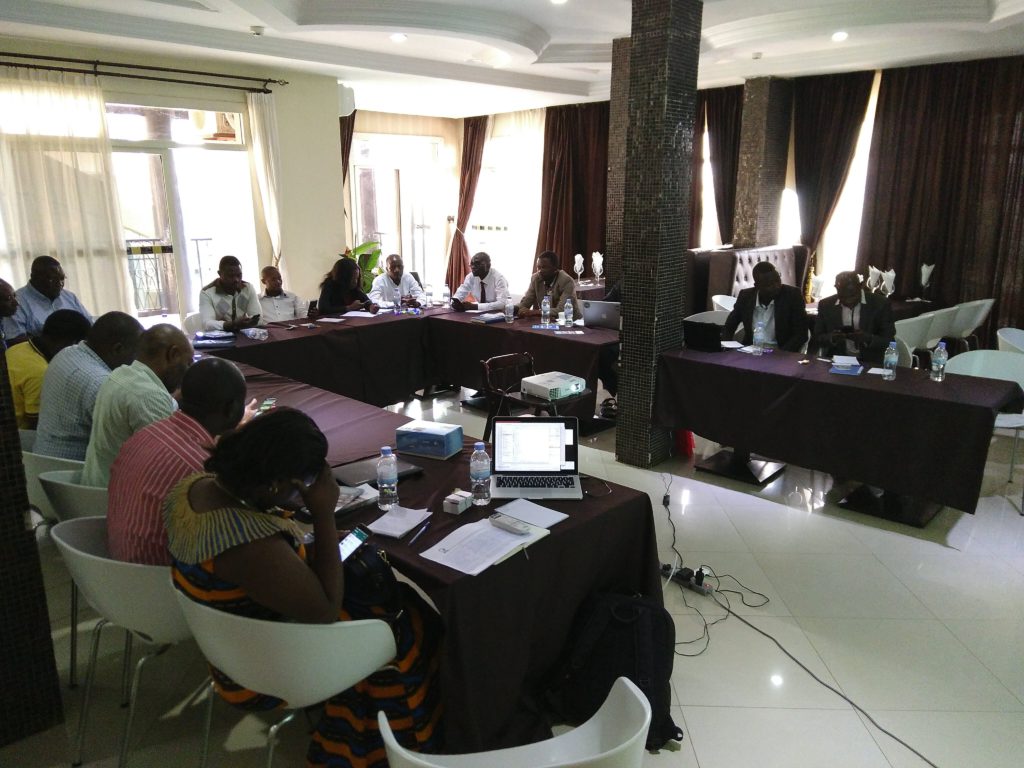 In the coming weeks, a public platform will be launched to facilitate access by local authorities and relevant stakeholders to data validated by the project partner organizations. 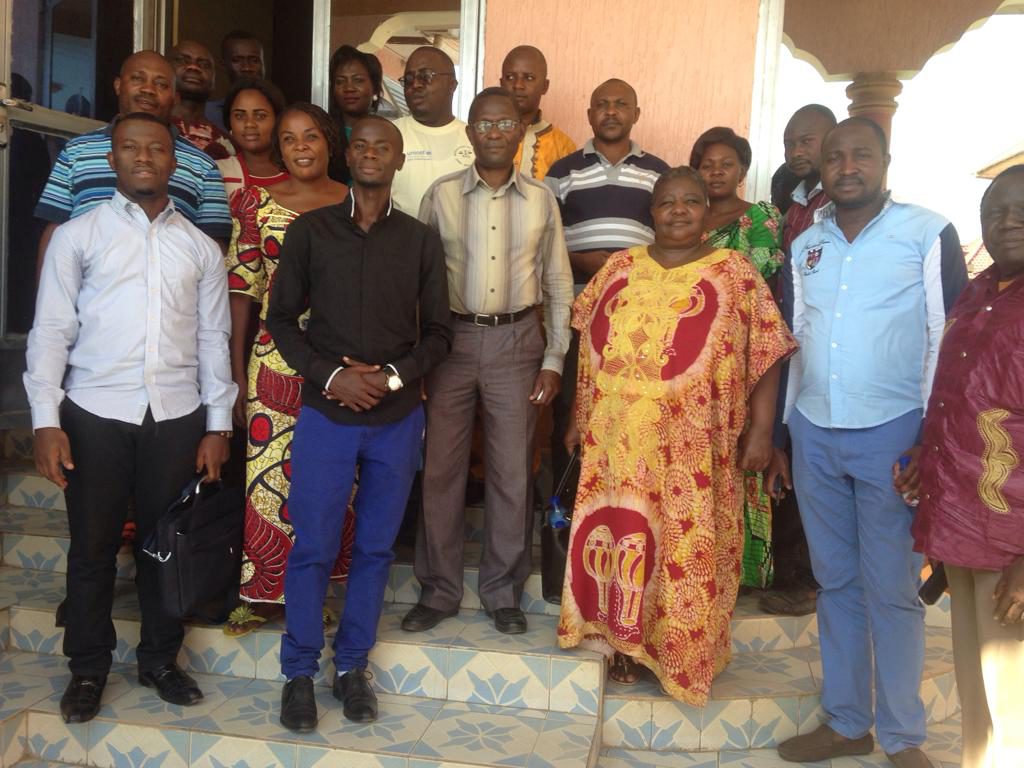