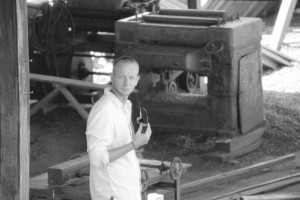 Steven Spittaels holds degrees in both international political science and conflict studies (KU Leuven). Steven Spittaels  started at IPIS in 2006 after having worked as a researcher at the WHO Collaborating Centre on Health and Psycho-social factors and as a collaborator of the Kauri knowledge centre on Corporate Social Responsibility. At IPIS he launched the project ‘Mapping Conflict Motives in War Areas’, which he coordinated until December 2009 when he became Director. He took leave of absence from IPIS in 2011 and 2012 to join the UN Group of Experts on the DRCongo as finance expert, monitoring the international sanctions regime. In 2013 he returned to IPIS as a researcher, meanwhile preparing a PhD on the ‘Mapping Conflict Motives’ project for the University of Antwerp. His main research expertise lies in the motives of warring parties and the financing of armed groups. He has field experience in Central Africa, East Africa, Saharan Africa and the Balkans.

Steven Spittaels is taking leave of absence at IPIS and currently works for the UN Panel of Experts monitoring the sanctions regime against Libya.