With thorough conflict mapping and analysis of the drivers and actors of conflict in the Central African Republic, IPIS has contributed to a better understanding of the Central African Republic conflict. In 2019, IPIS will be focussing on one particular activity that generates conflict on the one hand, but is fundamental for strengthening peace on the other: Pastoralism.  This research will take place in the framework of a 3-year mediation and peace building project by the British NGO Concordis International aiming at peacefully resolving tensions between local population and pastoralists. 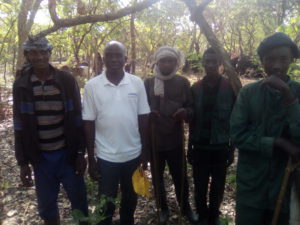 In a first phase of the project, IPIS will conduct a conflict analysis.  After the splintering of the Seleka movement September 2014, a myriad of armed groups has emerged (16), of which many do not have a well-defined agenda other than remaining in control of transhumance in their zone. To avoid them, pastoralists have deviated from the traditional corridors, causing the destruction of fields owned by sedentary local population. Such incidents were inherent to transhumance, but the outburst of the war has disrupted mediation systems, and field destruction and cattle thefts have become a major cause of the current conflict.

The pilot stage will take place in the Ouham-Pende, and will consist of a data collection through focus groups and individual interviews with the different stakeholders (including cross-border pastoralists, semi-nomads and sedentary populations).

This analysis aims at identifying exactly who the different actors of these local conflicts are, the main issues that lead to violence, and pre-existing mediation systems that could be re-established. IPIS intends to share its first results in May 2019.