Launch of SAESSCAM database on artisanal and small-scale mining

On February 23rd, IPIS presented in Kinshasa the results of a two years project done in partnership with Pact and Estelle Levin Ltd to support the activities of SAESSCAM (“Service d’accompagnement et d’encadrement du Small-scale mining”), a service of Congolese Ministry of mines. 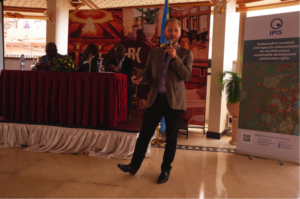 During this project IPIS developed and launched SAESSCAM ASM database, a database to register production and socio-economical information on artisanal and small-scale mining site. This database was designed by and for SAESSCAM agents to register the type of mining activity, production data, number of workers, presence of women and children, incidents as well as geographical information.

The database is linked to a public interactive webmap that visualises key information for each mining site and displays production data of the last three months aggregated at the territory level. 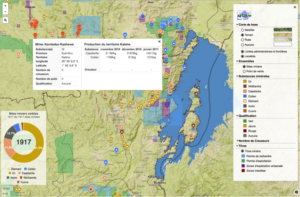 During the project, several trainings were conducted with SAESSCAM field operators in Kisangani, Goma, Kolwezi, Lubumbashi and Mbuji-Mayi covering almost all SAESSCAM provincial antennae. Since the first trainings, more than 4000 entries were registered in the database. 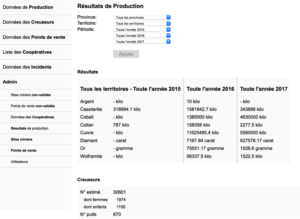 More than 1 500 tonnes of Tin were registered over just three months covering about a third of the official production (all trainings were not conducted at the same time in all provinces). Gold was also remarkably covered as almost all the official production of artisanal gold was recorded in SAESSCAM ASM Database in December 2016. 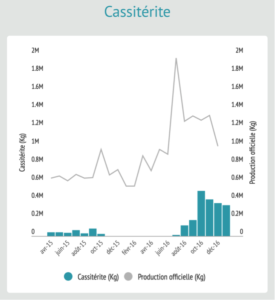 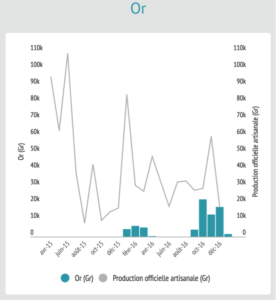