A Farewell to Sergio Finardi 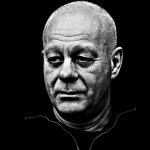 The 2nd of December, in Chicago – where he had lived for many years – Sergio Finardi passed away following a short illness. For over a decade he was a research partner of IPIS, commissioning and co-authoring reports on arms transfers and defence logistics.

Sergio was a friend and tireless companion of many battles, he was an investigative journalist and researcher, founder of TransArms, collaborator of OPAL and author of numerous articles and essays with specific focus on the concern of the arms trade, of which he had become one of the world’s leading experts. Born in Cremona in 1950, he was formed at the height of the student protests. He graduated in Milan with a thesis on the Northern European social democracy. Thanks to a scholarship from the Stockholm Universitet he studied the historical-political experience of Swedish socialism which he then described in the book The Swedish New Deal (1982). Close to the working class and the labour movement he joined the PCI (Partito Comunista Italiano) and collaborated with CESPI, the Centre for State Reform of Rome, collaborating with the magazines “Rinascita” and “Laboratorio Politico”.

In the 80’s he became interested in the systems of transportation of goods, first as a consultant and journalist, subsequently as a researcher in Vietnam and in the United States, where he later moved in 1994. Author of numerous essays (The World Transport System, 1995; State of Exception, 2001; The Arms Routes, 2002; Letters from a would-be Empire, 2005) thanks to funding from the American and the European Union, he became a founder and tireless advocate of TransArms an independent research center for the arms trade and defense logistics, and then consultant for the United Nations and Amnesty International, contributing important research to a series of AI’s reports, from 2005 to present date.

He co-authored investigations that revealed the role of logistic operators and the flow of arms in the conflicts of post-September 11: towards eastern Congo and Rwanda (2005), Darfur (2007), Israel and the Gaza Strip (2009), Yemen and Somalia (2010), Iraq, Libya and Syria, as well as the network cover that upheld the “secret flights” in “extraordinary renditions” (2006); this same research was often used to write leading articles published in the newspaper «il manifesto».

The sudden and untimely death of Sergio Finardi deeply touches those who have loved and appreciated him for the energy and humanity with which he inspired research in a field both crucial and opaque, and drives us to continue, in the name of a possible peace, his valuable scientific work with his same self-denial and ironic intelligence.